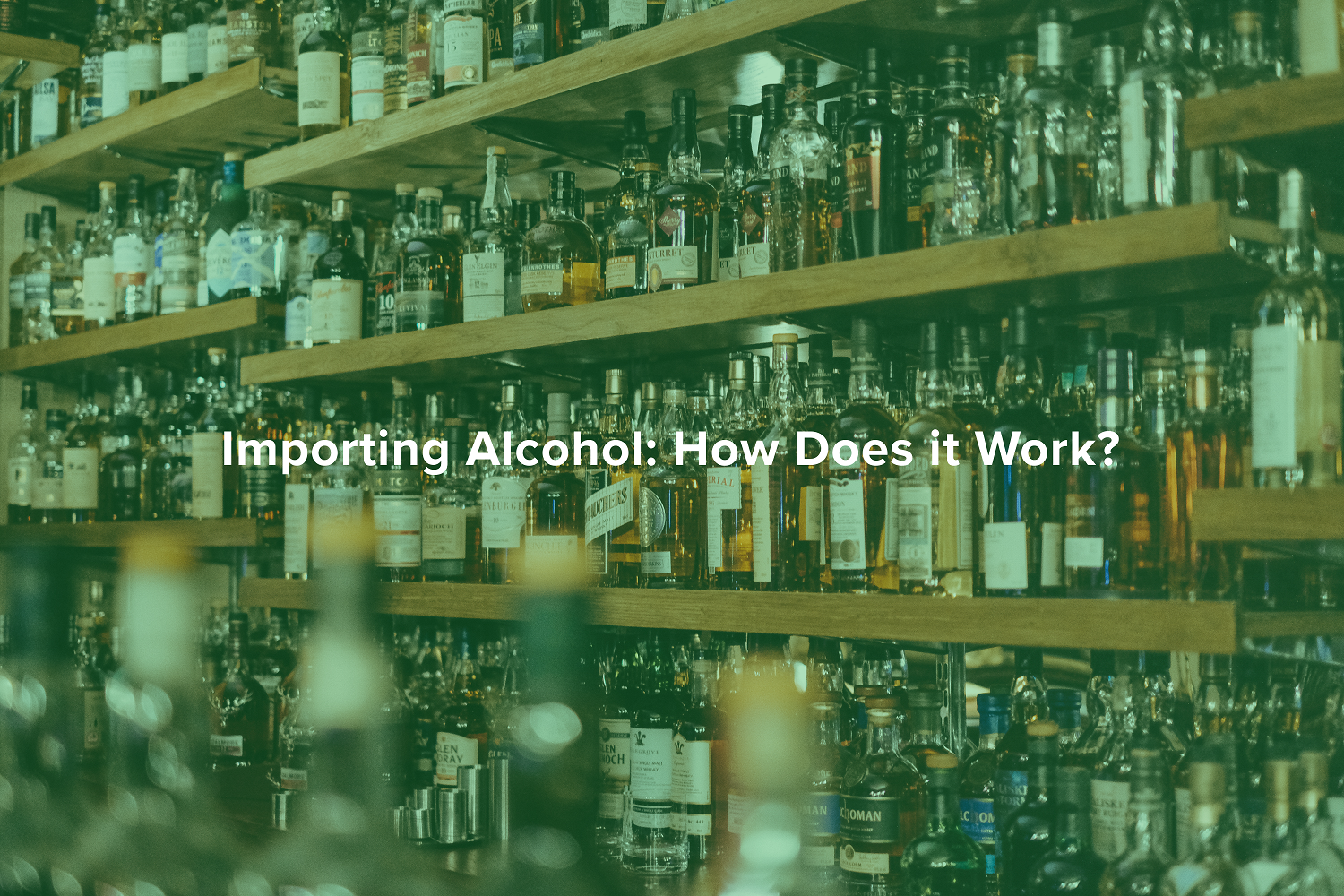 Importing Alcohol: How Does it Work?

The import of alcohol in the United States can be a lucrative business. According to Statista, the U.S. made roughly 223.2 billion dollars in alcoholic beverage sales back in 2016 — and that number has continued to grow steadily since 2006.

But while the majority of that money comes from alcohol produced locally, the U.S. also has a soft spot for imported products, especially beer. In fact, 13% of all beer consumed in the country is imported from places like Mexico, Canada, Belgium, Ireland and Italy.

Wine and spirits aren’t any different, either. America only has one spirit in the top 12 best selling liquors in the world, that being Jack Daniel’s. Meanwhile, wine sales primarily come from countries like France, New Zealand and Argentina, and wine importing alone is considered a profitable business endeavour.

It’s clear that there’s a lot love for imported and exotic alcoholic beverages in America, but if you’re considering a move into the alcohol import business, there are a few things you need to understand.

There are several clear cut rules to follow when engaging in alcohol imports. If you want to bring in liquor from overseas, you’ll need permits, labels, certificates of origin and, more importantly, approval from several different federal agencies.

Obtaining all of this documentation isn’t so easy. It takes a good mixture of due diligence and patience because, for example, not all liquor suppliers overseas are listed in the federal database. In some cases, importers would rather file paperwork rather than finish the process online, which could cause a delay.

You’re going to have to become acquainted with several federal agencies that are directly involved with importing alcohol.

– The Food and Drug Administration (FDA)

– The Alcohol and Tobacco Tax and Trade Bureau (TTB)

Your first order of business typically goes through the TTB. If you want to complete any transactions overseas or across borders in regards to alcoholic beverages, it is required that you obtain an importers permit.

In order to get the federal basic permit, an importer needs to have a business in the U.S., or, at the very least, a contract with a local importer. This basic permit puts importers in compliance with the Federal Alcohol Administration Act, or FAA.

The whole process can be completed online, but importers can also submit the forms by mail. The mailing option usually delays the permit process up to six weeks. There aren’t any permit fees when you apply online.

Not only does the TTB grant you the right permits to import alcohol, but it also serves as the primary federal institution for label approval. You must get a Certificate of Label Approval (COLA).

The COLA pre-approval form exists on the TTB website. Depending on the type of alcohol being imported, the pre-COLA form ensures four things:

-All ingredients within the alcohol are legal.

-Sulfite levels in beverages are at the legal limit.

Finally, the TTB will also grant authenticate a certificate of origin or certificate of age, detailing where was it produced, how long was it aged, and what percentage of alcohol. All information is required to be on the label, whether it’s wine, beer or spirits.

The FDA also applies its own requirements. Most importantly, alcohol suppliers overseas need to register under the FDA’s Food Facility Registration Regulation.

In general, many of alcohol producers are already listed on the FDA’s website. All you need to do as an importer is browse through the list to ensure your supplier is up to code. In the off-chance that they aren’t listed, you will need to register them through the U.S. FDA regulations.

To make life more simple, it would be wise to choose a distributor already on the FDA approved list.

It’s the last step, but it doesn’t make it any less important. Dealing with customs can often be a headache, but if everything is completed according to TTB and FDA procedures, the process will be smooth.

With the proper documentation in hand, the CBP will be able to determine the right amount of taxes, duties and fees to apply to the alcoholic beverage being imported. Every alcohol product will be subject to a Federal excise tax but the amount will vary depending on Federal, state and city regulations.

A good way to get ahead of this is by taking a look at the Harmonized Tariff Schedule. Most of the fees will be listed there, with the appropriate country of origin beside it.

A Broker Can Lift the Weight of Documentation

All of the resources for importing alcohol into the U.S. can be found online. Overall, the process of acquiring the proper documentation, determining the duties, fees and taxes, and obtaining the permits and certification can all be done without a broker — but depending on your business needs as an importer, whether you’re just starting out or well-established, it’s important to consider hiring a customs broker.

A customs broker is well-versed in the Harmonized Tariff Schedule, something that can become a pain for importers who don’t keep up with the ever-changing country tariffs. A broker will also alleviate most of the weight off your shoulders. They’ll handle the tedious documentation and find all of the proper permits. Their expertise is invaluable and more often than not, the payoff to doing all of this work without a broker isn’t worth it.