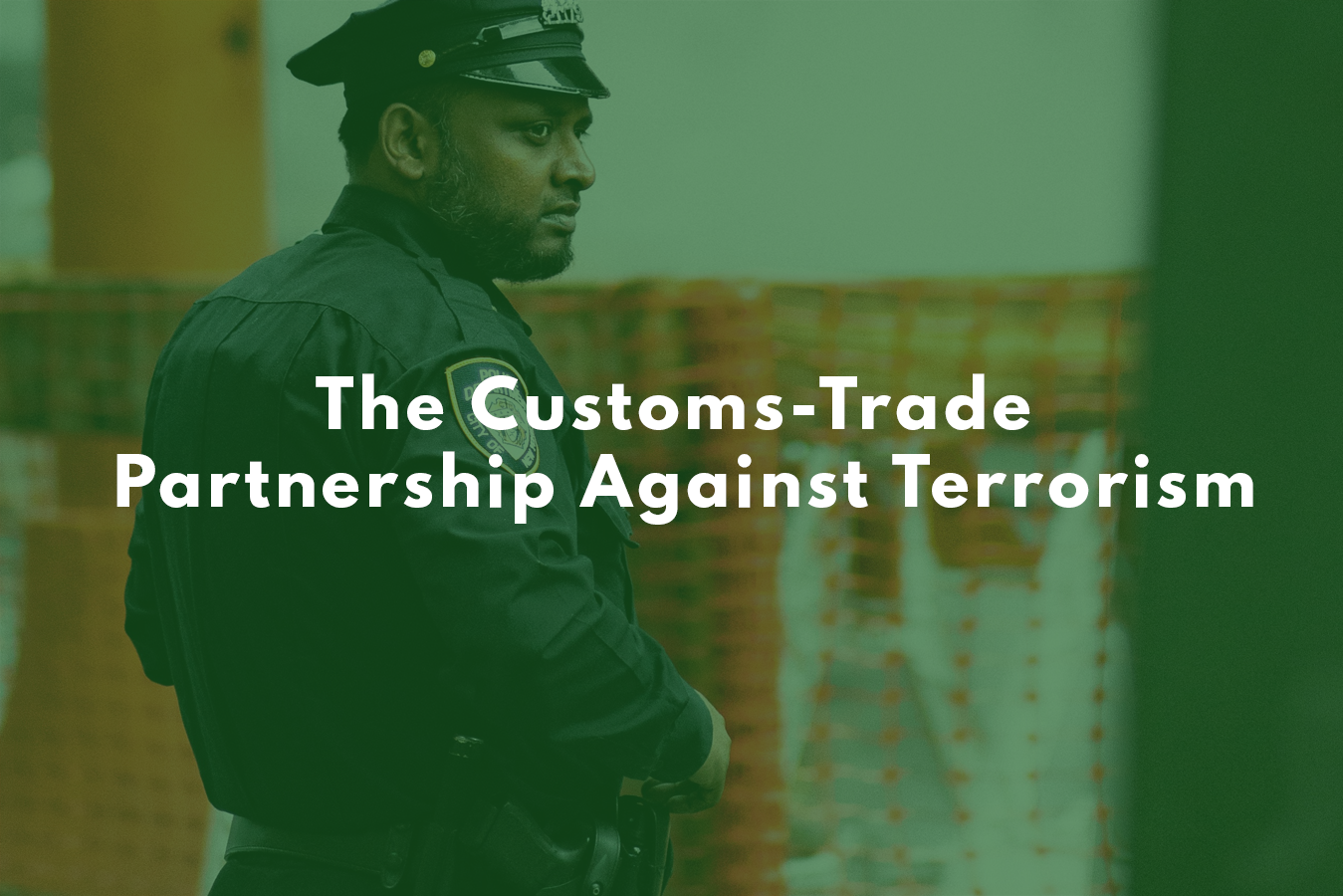 The Customs-Trade Partnership Against Terrorism

Did you know that over half of all cargo (by value) imported into the United States comes from companies enrolled in one program?

While only seven companies were enrolled when it launched, in the years since, enrollment numbers have reached over 11,400. It may be voluntary, but it’s a huge program with a lot of benefits. It’s the Customs-Trade Partnership Against Terrorism, and it might interest you and your importing business.

What is the Customs-Trade Partnership Against Terrorism?

The Customs-Trade Partnership Against Terrorism (CTPAT) is a voluntary program by Customs and Border Protection (CBP). Its main focus is securing supply chains in international trade, specifically against terrorism. To that end, companies joining CTPAT are expected to address any security gaps CBP identifies and to maintain an action plan for dealing with security threats.

Launched in 2001 and updated with the Security and Accountability for Every Port Act in 2006, CTPAT is open to low-risk entities operating in customs. Eligible business and individuals include:

While it is just one program among many, CTPAT is a popular program that makes up a significant portion of CBP’s anti-terrorism efforts in customs.

Like other voluntary programs by CBP, CTPAT is a trade off: a company makes the effort to ensure it’s compliant, and so they’re bothered less at the border. The company benefits by not dealing with unexpected inspection delays, while CBP can free up efforts as it knows the company is safe and secure.

What are the benefits of joining CTPAT?

When a company joins CTPAT, they’re flagged for less CBP inspections, and that alone may be enough of a benefit for some companies — customs inspections can be time consuming!

Reduced inspections, however, are not the only benefit. Others include:

Essentially, joining CTPAT is a secure speed boost for your imports.

Another benefit? Mutual recognition. Some foreign governments have agreements with the United States that allow for information exchange to further secure supply chains. If you’re enrolled in CTPAT, you’ll be recognized as equivalently secure to customs security agreements in 10 countries, including Canada, Israel, and Singapore. If you ever export anything to those countries, you’ll enjoy reduced inspections there, too.

How can I join CTPAT?

So, you’re interested in CTPAT — reduced inspections and better security are hard to say no to, after all. How do you join up?

Well, there are some minimum requirements that vary by business type. Importers in particular must:

If you meet those requirements, you’re ready to submit an application online. Then, you’ll create a security plan for CBP and commit to following it — this is easiest if you’ve completed a risk assessment on your own first. If you’re not sure your company is ready, feel free to contact a customs broker for help.

After your application is finished, you’ll hear back within 90 days. That’s that! You’re safe, certified, and on your way to quicker customs clearance.