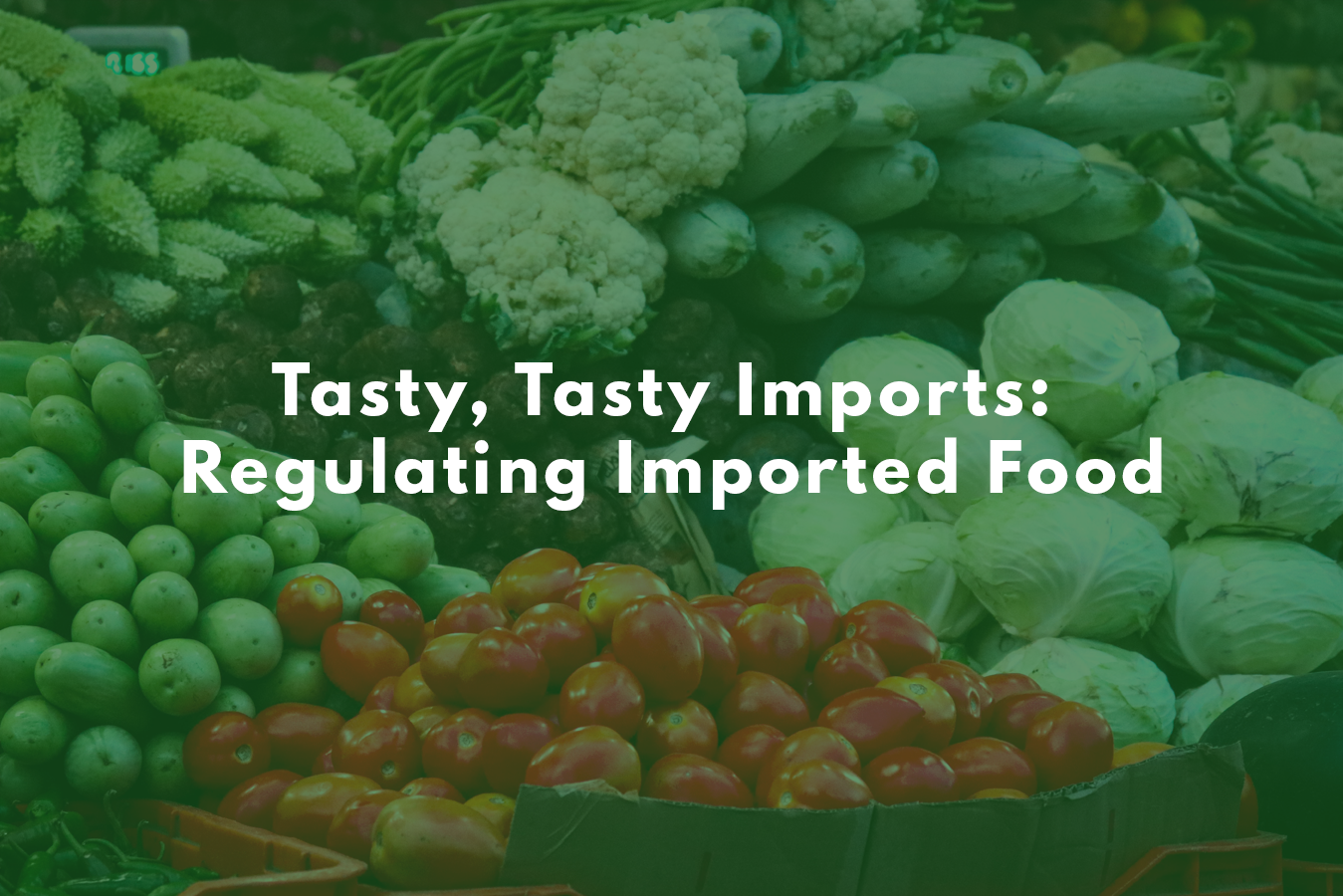 Avocados from Mexico. Cherries from Canada. Lamb from New Zealand.

Imported candy, foreign condiments, and rare snacks — the average American has developed a truly international palette for imported food. Improvements in the cold chain have led to kitchens being stocked year-round with foods that our great-grandparents would never dream of seeing in the local supermarket. Back in 2016, 19% of the American food supply was imported. Even as the local food movement grows, imported food isn’t disappearing.

Have you ever stopped to wonder how all that food ends up on your table? How do we know it’s safe? And what, most relevantly, do importers have to keep in mind when importing our food?

What are the Food Import Regulations?

A lot of food crosses customs. When 325 million people get at least 19% of their food supply from other countries, customs simply can’t check every single container of food. Estimates say only around 1-2% of the food crossing the American border is checked.

Before you panic about food safety, wait! The reason why so few shipments are assessed at the border is because the imported food safety regulations in the United States focus on prevention, not reaction.

This is a relatively new development; the regulations that food importers follow, the Food Safety Modernization Act (FSMA), were launched in 2011. Its sister, the Voluntary Qualified Importer Program, has been accepting applications since October 2018 and is a fast-lane alternative to the FSMA. (If you’re a food importer who isn’t sure if VQIP is for you, we can help you out.)

The FSMA represented the first comprehensive overhaul of food safety regulations in decades — about seven decades, in fact. It doesn’t just touch on imported food, but rather overhauls and modernizes food safety across the board.

Section 301 of the FSMA concerns imported food. The Foreign Supplier Verification Program (FSVP) rule states that importers are the first responsible parties for imported food safety. Any imported food has to be as safe as the food that’s produced domestically, and they have to prove it before it can cross the border. This can include third-party audits or their own inspections; documentation should detail risk assessment, supplier verification activities, and corrective action when needed.

In practice, this means the importer is responsible for:

Audits performed as a part of an importer’s FSVP don’t need certifications. If an importer wishes to fast-lane their shipments, however, the FDA requires a certification from an accredited auditor.

This is a new, fee-based program — it only opened up for applications in October 2018. As of yet, it’s not in full swing; the first importers are expected to submit their applications early in the 2020 fiscal year.

To qualify for VQIP, an importer must meet certain criteria:

In addition, the importer in question can’t be subject to any ongoing administrative or judicial actions from the FDA, can’t have been the subject of any penalties from CBP (for the last 3 years, anyway), and has to have current certification for the foreign food suppliers.

If an importer can meet the criteria, participating in VQIP looks like it will have some tasty benefits. It’s a fast-lane for clearance, so food importers will be able to import products with greater speed and predictability.

A predictive screen tool will immediately release nearly all VQIP shipments; the sole exceptions will be when there is a public safety concern they need to test for, or when customs performs a general risk assessment. While VQIP has yet to be put into practice, it looks like a smart solution for regular food importers.