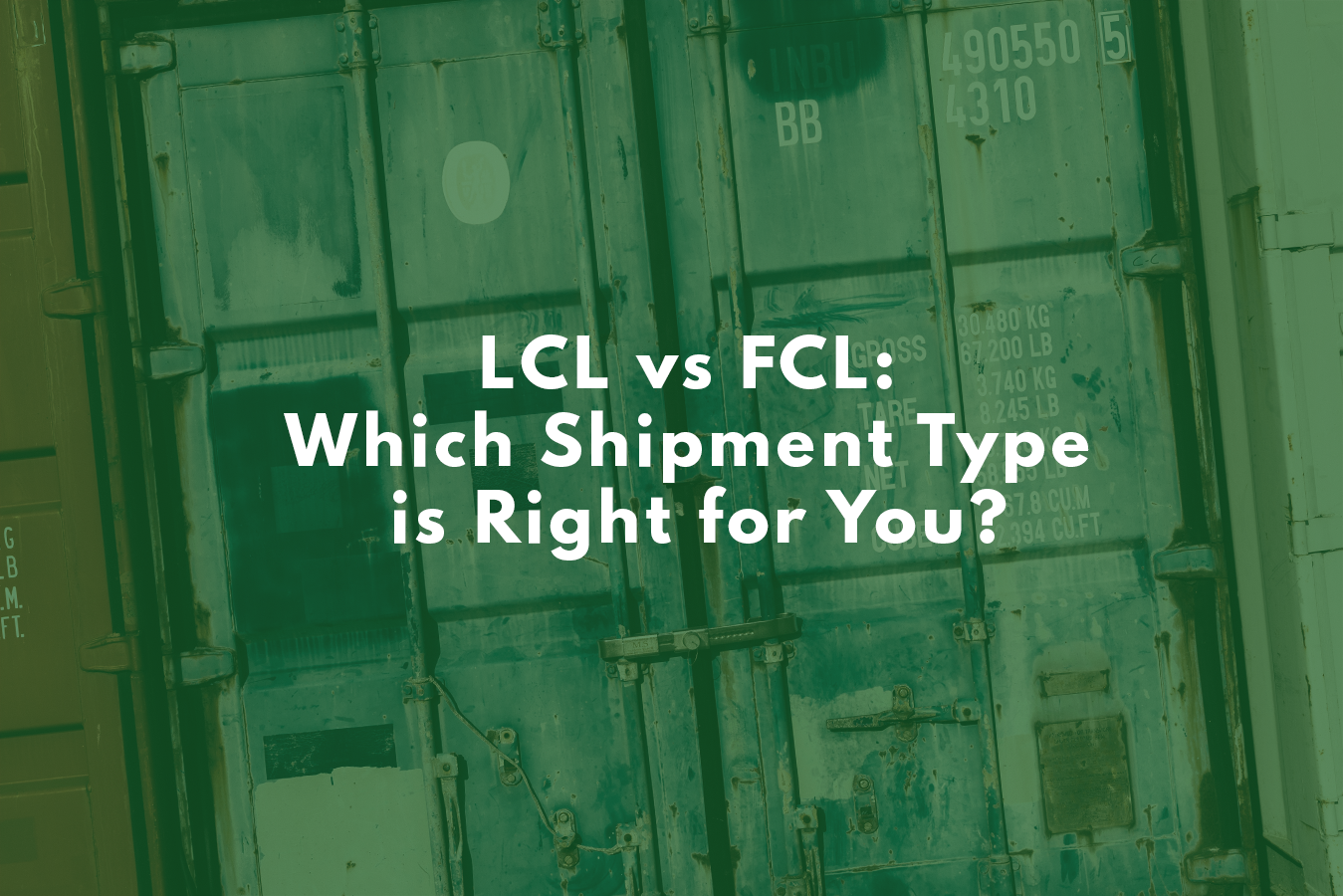 LCL vs FCL: Which Shipment Type is Right for You?

The logistics of getting your goods from supplier to warehouse is a big part of importing. Sea, air, or land, insured or uninsured, LCL or FCL — you have a lot of decisions to make. How do you know what’s right for you?

Your customs broker partner — that’s us — can help you make the right decisions for every shipment. In general, however, there are some guidelines that will ring true for every import — like the differences between FCL and LCL shipping.

In a nutshell, deciding between FCL and LCL ocean freight for your imports is like deciding between monthly or yearly payments for a subscription. If you only need a few months, paying monthly is cheaper — but if you’re planning on subscribing all year, you should pay the yearly lump sum up front to save money overall.

There is a little bit more to it than that, though — so let’s go over FCL and LCL shipping!

FCL stands for Full Container Load. An FCL designation means the goods in a container belong to just one importer — no consolidation of cargo happens before shipping. Given FCL shipments start in 20 foot containers and go up in size from there, small importers are less likely to ship FCL.

Typically, FCL shipments are priced at a flat rate per container size. This makes FCL shipping more expensive if you’re not using most or all of the container, but if you do need that much space, FCL will save you money. To that end, FCL is a smart choice for big importers or anyone with a lot of stock to import at once; if you don’t need all stock on hand right away, letting your orders sit until you have more to ship can cut costs.

When you ship FCL, the shipment is typically loaded and sealed by the supplier; the shipping company doesn’t touch it. If you’re worried about safety, FCL reduces the number of people who interact with your goods. Typically, FCL is also the quicker option — though only by a few days — because less people are involved in packing.

There are a few downsides to shipping FCL, though. Even though some people ship FCL without filling an entire container, you still need enough stock to fill at least half of one for FCL shipping to make more monetary sense — not every importer can wait that long for that much stock to ship. There is less flexibility for your delivery options, and typically, you’ll be involved with unloading in some way; FCL shipping is less convenient than LCL.

LCL — Less than Container Load — is the alternative to FCL shipping for anyone without a lot of goods to import at once. Though it’s more expensive per item to ship LCL, it’s cheaper overall if you’re not shipping bulk.

The biggest advantage LCL has is its flexibility. Shipping LCL makes delivery appointments easier, and you might not even have to think about the logistics of delivery at all — just hit order and wait for your stock. It’s a convenient option for small importers who aren’t ordering in bulk and allows you to top off popular items without needing to wait for a full shipment.

LCL does have its downsides, though it’s hard to justify waiting for enough backordered stock to ship FCL. Because LCL is packed by a consolidator, more people are involved in handling your goods than FCL, which opens then up to more chances for damage. You typically can’t track your LCL shipment, and FCL is usually a few days faster.

Shipping on Land: FTL and LTL

FTL (Full Truckload) and LTL (Less Than Truckload) are types of shipping closely related to FCL and LCL.

Like FCL, FTL shipping is cheaper overall if a shipment can fill all or most of a trailer, starting at 48 feet. In the same vein, LTL is like LCL; more expensive per item, but cheaper for small volumes and more convenient overall. Like with LCL and FCL, the choice to use one or the other will generally fall on how much you have to ship. If what you’re shipping fills up half or more of a truck as LTL, you should consider FTL.

If you still have questions — or if you’re unsure about what you should use for your shipment — get in touch! As customs experts, we’re on hand whenever you need. Clear your shipment in minutes with Clearit!