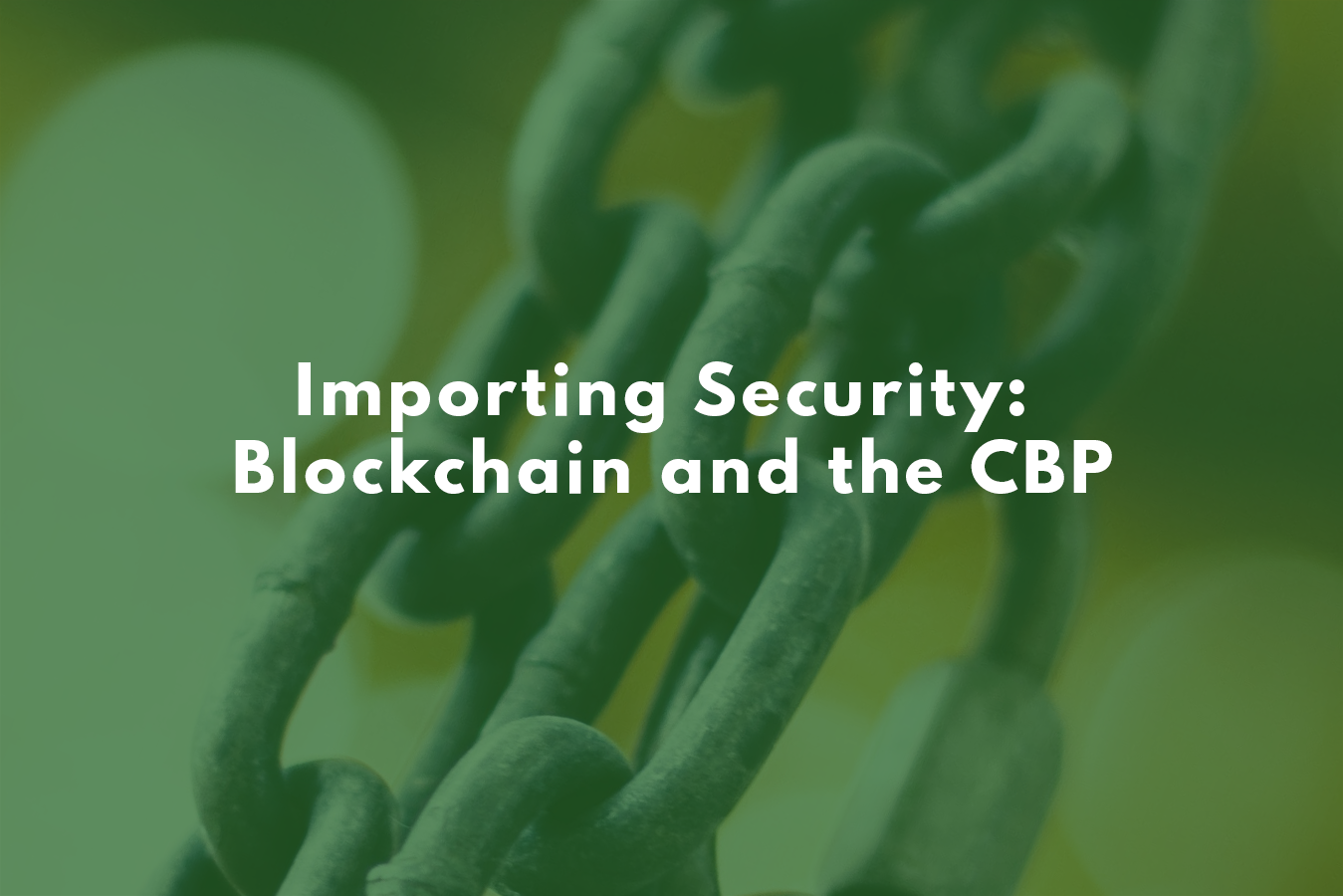 Importing Security: Blockchain and the CBP

While it was once the domain of bitcoin and other cryptocurrencies, blockchain has seen increasing interest in potential applications outside of the digital currency realm. There is interest in using blockchain for data security, voter verification, medical record management. And for us here at Clearit, blockchain can help in facilitating faster and more secure customs clearance.

In 2018, US Customs and Border Protection (CBP) tested blockchain applications at customs. They’re planning on expanding the program in 2019 with further tests. So far, they’re looking at ways blockchain can help facilitate and streamline movement through customs. In the future, blockchain could be used for trade compliance enforcement.

But what are the chances blockchain takes off and changes importation?

The CBP: Customs and Blockchain Tests

Ah, paperwork. It takes a long time, it’s hard to keep track of a lot of it, and it takes forever to process. The CBP would like to be done with it, so they launched their initial blockchain pilot program as a test.

This first test reached the proof-of-concept phase in August of 2018, was put into place in September of the same year, and was completed in December. The test focused on certification verification, specifically of NAFTA and CAFTA certificates of origin, and how blockchain could make the process faster and more secure.

The tests were successful enough to give a greenlight for future blockchain application pilots this year. It looks like the tests will continue to focus on the verification processes; the ultimate goal is to prove all of CBP’s customs processes could be transferred to blockchain. What does that mean for day-to-day operations? And what does the CBP ultimately plan to do?

If the future tests go well, you can wave goodbye to submitting any paper to CBP — ever. They’re looking to duplicate their entire paper-based system and transition all their operations onto a blockchain application. In theory, every time you submitted a piece of documentation, CBP, your broker, and any other relevant parties would be notified immediately. This would allow CBP to quickly approve and release the shipment, which you would also be immediately notified for.

The CBP’s planned changes won’t happen tomorrow, but they may well be coming relatively soon.

Bolstering our faith in the inevitable future application of blockchain in customs business are the use cases beyond streamlining documentation, though. There needs to be some work to get all the possible uses of blockchain to the level of an easily deployable solution across entire industries, but the interest is definitely there.

If you’ve read through so far thinking but, wait, what is blockchain again, let’s take a minute to explain it.

A blockchain is an application that creates a unit of information — a block — that it connects together with other blocks as a chain. Every time a new block of data is added to the chain, it is duplicated across every database involved in the chain. The blocks cannot be altered, hidden, or deleted from a single database or computer; they are permanent records for anyone to check and re-check.

If you’re the kind of person who pays attention to the ongoing struggles in the supply chain, you’ve likely deduced our final point. With an ever more educated global populace learning more and more transparently as to where their food and goods are coming from, there has been a strong — and possibly overdue — push to ensure every aspect of the supply chain is operating ethically. This isn’t exactly easy in venues where dishonest suppliers can lie about, for example, the possible role of slave labor in procuring diamonds.

In theory, blockchain would cut down on dishonest suppliers and increase transparency in the supply chain by presenting importers with an unalterable history of their goods. You can’t be lied to about the origin of your goods if the original manufacturer honestly filled out their block on the chain.

Related to transparency is security.

If any block added can’t be easily changed or deleted, then every block added will always be secure, true, and reliable, even if your computer has been compromised. Blockchain data can only be updated if a majority of the databases on the chain agree to change together. This has a side effect of ensuring the bigger a blockchain is, the more secure, because any malicious parties would have to coordinate more and more devices and databases.

When it comes to importing, this means that security at the border and in your customs operations is more reliable. Documentation will always be trusted to be an unaltered account of the original filer’s intentions.

Finally — for today, anyway — is the potential for blockchain to facilitate payments in international trade. There are two ways this can happen: with or without cryptocurrency.

With cryptocurrency it’s pretty straightforward, given crypto has seen the most development in blockchain. Suppliers and importers agree on a currency, most commonly bitcoin, and process payments through blockchain. This cuts out currency exchange rate fees and fluctuations, making payments more reliable and predictable for all parties. An Australian car company, Tomcar, is already using bitcoin to pay suppliers.

Without crypto, the blockchain functions as an unalterable ledger for securely sending, receiving, and validating letters of credit. Blockchain use in this instance cuts down on the time needed to send the letter (and the approval). That takes a potentially weeks-long payment process and makes it instant!

The interest in blockchain uses outside of cryptocurrency doesn’t look to be slowing down any time soon. Are you ready for the day CBP goes paperless?