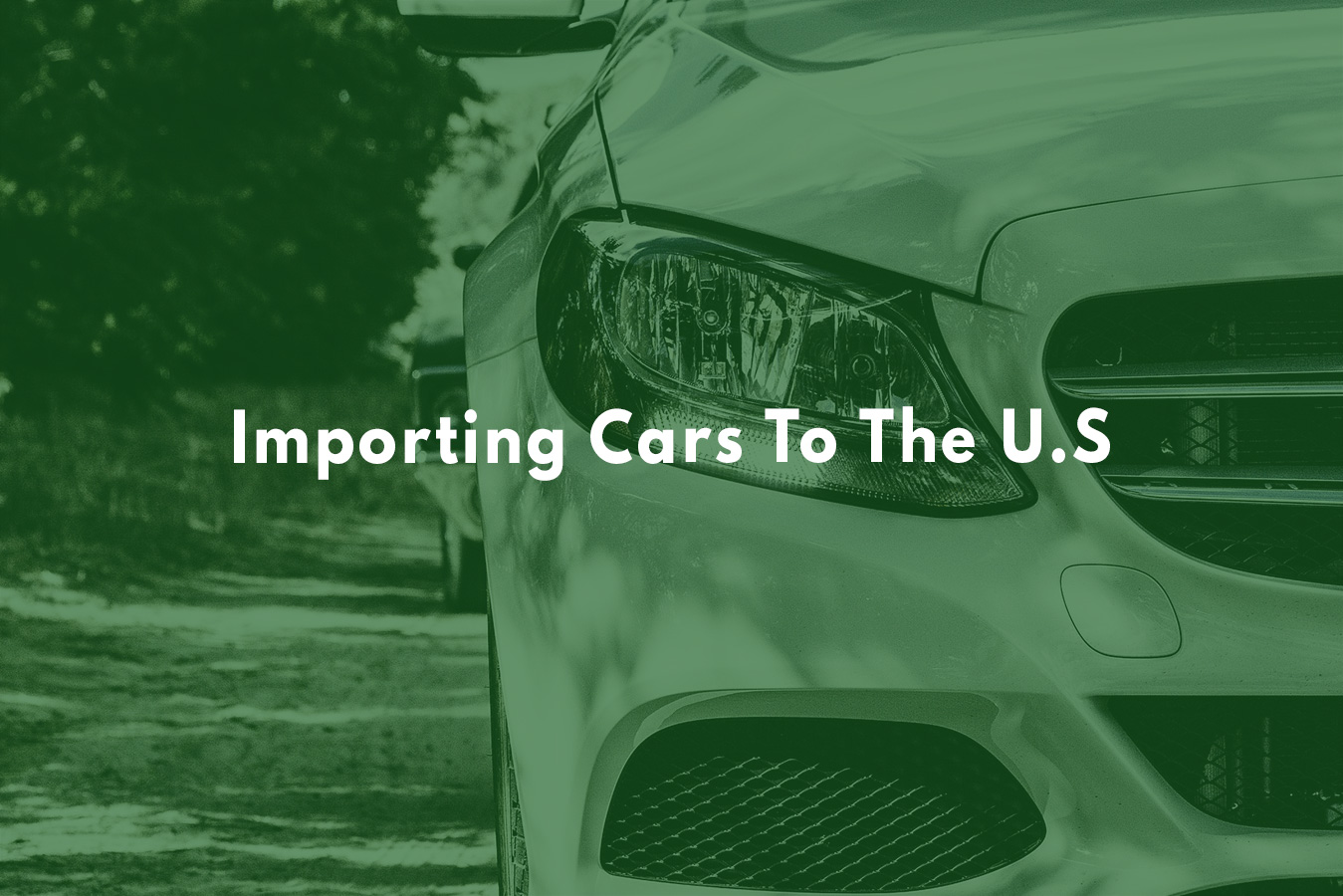 Importing Cars To The U.S.

These days, many people are interested in importing cars to the U.S. for personal use. Some might think it’s a daunting task not worth undertaking, especially when so many kinds of cars are readily available in the U.S. already. However, there are actually three common reasons why someone might want to do this. First, someone moving to the U.S. from a foreign country may want to keep their car. Second, car fanciers and aficionados might have their eye on a car model that isn’t available on their home soil. Finally, certain models are sometimes available in the U.S. but are actually cheaper to import.

Importing cars to the U.S. can be expensive, but with the help of a knowledgeable customs broker you can get your model into the U.S. without any problems. Whatever your reason is, there are things you need to know before you decide it’s time to import a car.

Rules for importing cars to the U.S.

First and foremost, there are import restrictions put in place by the United States Government that you must respect. The following legislations set certain standards that all car imports must meet:

The National Traffic and Motor Vehicle Safety Act of 1966 -This legislation administers safety standards for motor vehicles and road traffic safety. In 1988, the Imported Vehicle Safety Compliance Act was added to specify general safety and import standards that all cars coming into the country must meet.

Motor Vehicle Information and Cost Savings Act of 1972 – This legislation addresses penalties against automobile manufacturers for violating fuel economy standards that all cars in the U.S. must meet. Cars imported into the U.S. are included.

Clear Air Act of 1968, which was amended in 1977 and 1990 – This legislation requires the United States Environmental Protection Agency (EPA) to set national emission standards for sources of air pollution, including motor vehicles. Cars coming into the U.S. must meet the standards set by the EPA and the Customs and Border Protection (CBP).

Unless a car was manufactured to be exported to the U.S., it probably won’t meet these specifications. If you’re importing cars to the U.S. from anywhere other than Canada, you will probably need to make modifications.

If you’re importing a vehicle from Canada, you’ll be exempt from duty. However, you’ll still need to make sure your car meets the EPA and other import standards that the U.S. requires. In many cases, this can be difficult and very costly. Buying a car that doesn’t meet these standards means you will have to make sure you have the necessary modifications and obtained the certificates. Some choose to do this on their own, though we recommend using the services of an Independent Commercial Importer. This is costly, but it’s also the simplest way to make sure your car is ready to cross the border.

Moreover, keep your wits about you when buying a foreign car to import, especially if the deal seems too good to be true. Some people get tricked by dealers into buying cars that don’t meet the U.S. standards. If you’re buying a car abroad and the seller claims all the necessary modifications, it’s better to be skeptical. Unless you’re buying directly from a manufacturer who makes cars specifically for U.S. import, make sure your seller has all the proper certificates and invest in an inspection and services of an Independent Commercial Importer.

Another thing to keep in mind is that if you import a 25 year-old car to the U.S.A., it will actually be exempt from these restrictions! The only caveat is that it needs to have its original engine. If the engine has been replaced or modified, the new one must be an EPA-compliant engine.

To get through CBP, you’ll need the shipping company’s original bill of lading, bill of sale, foreign registration, insurance, and any other document concerning the vehicle. You’ll also need to complete an EPA form (3520-1) and a DOT form (HS-7).

Once the shipping company you’re using brings the car to a U.S. port of entry, you need to be present to process the vehicle through the CBP. Alternatively, you can choose to hire a customs broker to handle the procedures for you when importing cars to the U.S.

If the car you’re bringing doesn’t meet the emission requirements, you can import through an Independent Commercial Importer. Through an ICI, you’re ensuring CBP that the modifications will be done. However, ICI fees are extremely high.

Sometimes a car can’t be modified. If you try to import a car that doesn’t meet the U.S. import standards that is not modified, or cannot be modified by an ICI, it will have to be exported back (on your dime) or be destroyed.

Foreign-made vehicles imported to the U.S., whether they’re new or used, are usually dutiable. You can expect to pay 2.5% for a car, 2.4% for a motorcycle, and 25% for a truck. The duty is based on the price paid for the vehicle.

Most Canadian cars are duty-free, as long as you drive the car into Canada. For other countries, you can apply for an $800 CBP exemption if you’re a U.S. resident, if the car accompanies you on your return and if it’s imported as a personal car only. There are other exemptions for military and civilian employees, for non-residents and for U.S. citizens who intend to stay for a short visit and export the car when they leave. You can read more about duties, fees and exemptions at the U.S. Customs and Border Protection website.

If you’ve met all the requirements needed to import cars into the U.S. from a foreign country, you’re almost there! There are just a few more things you’ll need to remember.

Give your car a thorough cleaning. The CBP are picky about soil that could be harbouring any pests. They’ll check your car’s undercarriage and wheels, as well as other parts’ general cleanliness. Don’t worry, they aren’t looking for scuffs or imperfections. They are only concerned with dirt that could pose a threat to the U.S. environment.

You’ll also need to remove any personal possessions from the interior of your car. Most shipping companies won’t agree to ship a car with anything in it, and there’s always a probability that your personal items will be stolen from your car while it’s in transit. Even if the items make it to a U.S. port of entry, you’ll have difficulty there. Your car is not to be used as a shipping container, so any undeclared items in it could result in a hefty fine or even the car’s seizure.

The process to import a car is complicated and often costly. For this reason, many people choose to simply buy American cars after finding out how intricate the process is. But if you have your heart set on importing cars to the U.S., you don’t need to face the process alone. Our team of customs brokers can help you navigate each step of the way. When you’re ready to start, get in touch with a Clearit Representative. We’re here to help with all your import and export needs.