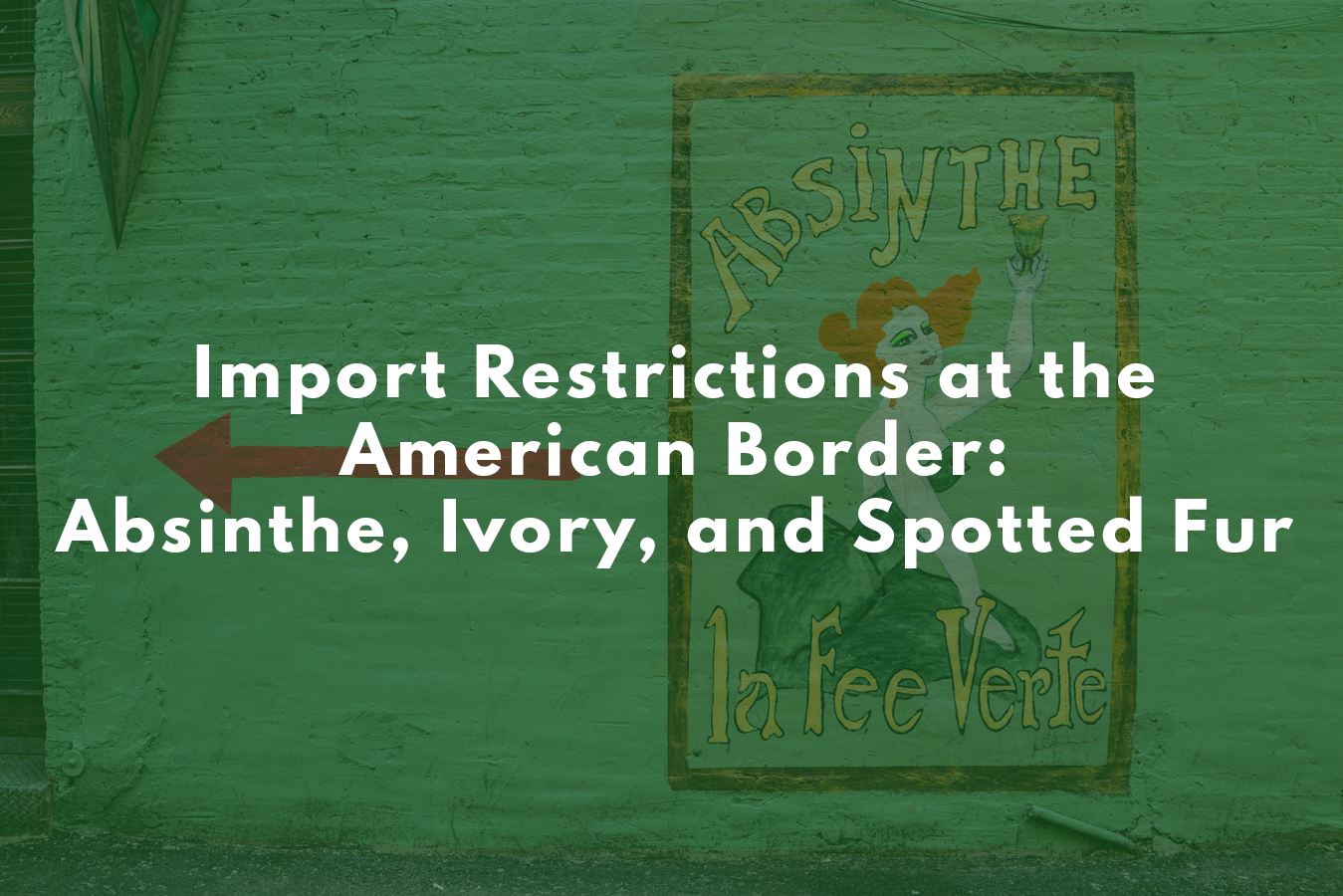 Stories about strange bans at borders around the world are abundant online. Did you know that prison-made goods are banned from import into Canada? Or that musical cards are a big no for import into Saudi Arabia? How about the curious case of Nigeria, who has banned the importation of anything from spaghetti to ball point pens?

These stories may make us chuckle and scratch our heads, but the United States has its own share of banned and restricted imports that might make you wonder — especially when you see some of the goods that aren’t regulated.

However, while banned imports can sometimes seem out of left field, many of them do have reasons that made sense at the time, at least!

How Do Import Restrictions Work?

Import restrictions are generally applied because the good in question breaks a country’s laws, poses a risk to a country’s domestic markets, or is a potential source of harm for a country’s population (human or animal). A number of wildlife and wildlife products are banned from import to the United States, for example — these bans seek to keep foreign diseases and illegal poached goods from passing into the country.

Import restrictions are enforced in a number of ways. If the item in question is being considered for restriction because of its impacts on the local market, heavy tariffs may be applied. In this case, the item would still be legally allowed for import, but would be prohibitively expensive. In other cases, governments may decide to apply quantitative restrictions, making the item extremely scarce, and in yet others, the item may be totally banned outright.

Punishments for trying to import banned and restricted items vary from confiscation to fines or jail time.

What Can’t I Import Into The United States?

Import bans and restrictions can happen because a product poses a danger to the consumer that a country disapproves of, like in the case of absinthe. Some of the absinthe import regulations can seem needlessly particular:

However, these regulations exist for a few important reasons, the first being health! The purportedly hallucinogenic properties of absinthe — the drink can’t actually make you see things — are derived from thujone, a poison created from wormwood. In high doses, thujone can cause seizures and fevers. To address this, the American government has placed a limit of acceptable thujone content on absinthe, essentially rendering any legal absinthe in America thujone-free.

Quite a few animal products are also banned from import. You can’t bring Asian or African elephant ivory over the border, nor can you try to import the fur of spotted cats, most coral, most crocodile leather…

Seeing a pattern? While hearing you can’t bring spotty feline pelts into the country may seem odd at first, all these items are popular on the black market. By banning products made from animals in danger of poaching, like sea turtles, the United States aims to place an effective ban on poached animal goods.

Another item you can’t bring into the United States? Firewood — specifically, the exchange of firewood between Canada and the U.S. is a big no-no! Moving firewood across regions can introduce non-native pests and diseases that destroy unprepared forests, so while firewood import bans can feel annoying, they’re crucial to maintaining the health of separate ecosystems.

What Can I Import?

Strange import bans and restrictions start to make more sense when you see the justifications behind them, but you may now be surprised at some of the things that aren’t banned at the border! Generally, surprising exceptions to import bans apply on personal, not commercial, levels.

African and Asian elephant ivory is banned from import into the United States, but certain elephant trophies can be cleared for import on a case-by-case basis — what those cases are we can only guess!

Heading into the United States hungry? While you can’t bring any cooked eggs over and will need to declare fruits and vegetables, fresh food import bans still might not impact you. Generally, prepared foods for family gatherings are allowed over the border.

Counterfeit goods are a huge blunder at the border, right? Yes — commercially, and in bulk. However, if you want to import a single fake bag for yourself, you’re likely to be granted an exemption once every 30 days.

Don’t Have Doubts At The Border

Import bans and restrictions aren’t always clear. Many have specific exemptions or requirements, change regularly, or simply aren’t well understood, even by border personnel. If you’re interested in importing restricted goods, your best bet is to contact a customs broker! Customs brokers can help navigate complex laws and regulations for any kind of import.