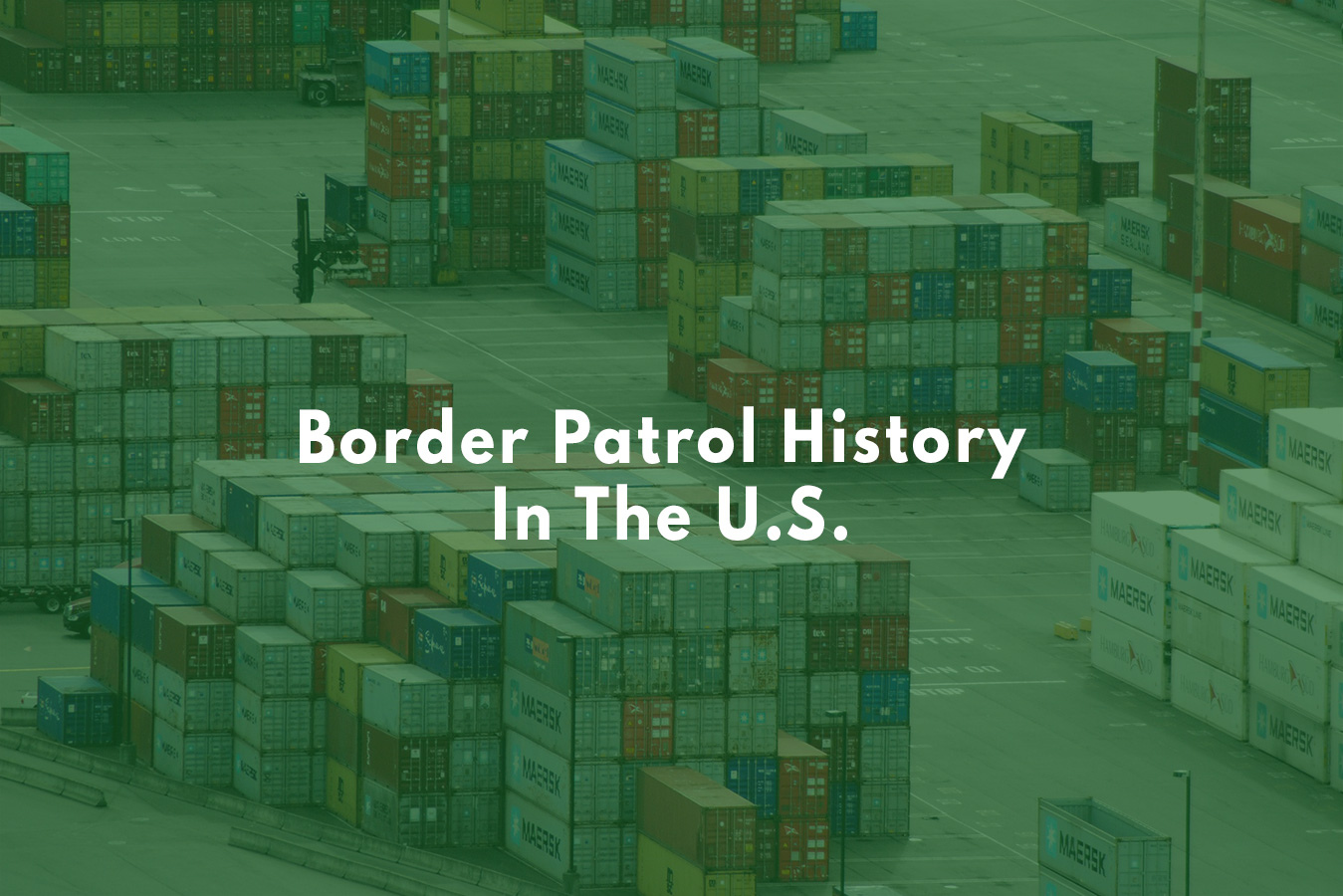 Border Patrol History In The U.S.

With more than 60,000 employees, the CBP is one of the world’s largest law enforcement organizations, preventing the entry of contraband in the U.S., as well as unlawful travelers, such as illegal immigrants and terrorists. Let’s take a look at the U.S. customs service history and better understand its importance to the development of the country as we know it today.

According to the research about the history of customs, the earliest customs fees were voluntary, offered as bribes to sovereigns by travelling merchants that wanted good treatment. As years passed, this bribe became “duty”, a mandatory fee charged for the privilege of trading in a particular territory.

The earliest written customs tariff was engraved on a stone in Palmyra, at present day Syria. This tariff included rates for camels, slaves, fleece, and aromatic oils. The first customs offices and professional officers emerged in ancient Rome, where trade information similar to modern customs declarations could be found in inscriptions on imported jars of olive oil.

The Industrial Age brought in a newer concept of customs as a filter between countries, since they started promoting exports as a means to gain wealth. More trade meant more competition, so in the international theater, “trade wars” erupted between countries, as a result of their efforts to push exports. Inside borders, the conflict was between an emerging global market and the needs of domestic labour. To balance these forces, international organizations and new legislation were introduced, starting an era of relative transparency that continues to this day.

Border patrol history began in the U.S. just three months after George Washington, the country’s first President, took office. On July 31st, 1789, Washington signed the 5th law in U.S. history, a bill that governed the country’s borders and preserved the integrity of its ports of entry. It was originally described as the “collection of the Duties imposed by law on the tonnage of ships or vessels, and on goods, wares and merchandises imported into the United States.”

Until the start of the 21st century, security, compliance, and facilitation of international travel and trade in the U.S. were conducted by multiple organizations. The creation of CBP, on March 1st, 2003, gave birth to the nation’s first centralized border security agency. It takes a comprehensive approach to border management and control, combining customs, immigration, border security, and agricultural protection into one coordinated and supportive activity, aligned with the countries’ needs and aspirations facing globalization and new technologies.

With the establishing of CBP, the activities and traditions of all agencies present in the U.S. customs service history could continue in a centralized way. These agencies and officers were:

In addition to this core of specialties and responsibilities that were present at its founding, the CBP also developed an air and marine monitoring capability with the formation of its third uniformed division, the Office of Air and Marine, on January 2006.

Alongside its uniformed ranks, the more visible portion of its corps, CBP is formed by forensic scientists, international trade specialists, public affairs officers and cadres of other specialists and employees whose job is to make CBP’s processes more secure, cost effective and efficient.

The best way to deal with U.S. customs

The history of customs and border protection shows that the U.S. is one of the most rigorous countries regarding the control of international travel and trade. And because of CBP’s coordinated work to prevent unlawful entry of people and goods into the U.S., being careful about regulations and procedures is fundamental for every American business that trades with other countries, either importing or exporting.

That’s why trusting a knowledgeable customs broker is so important for every business. Clearit’s team of customs brokers can help you navigate each step of the importing or exporting process. Get in touch with a Clearit Representative for any help with U.S customs!